LEARN TO LOVE THE PROBLEM 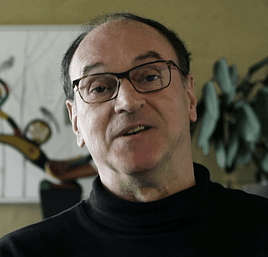 How it all started and continues to inspire us

Learning to love the problem might sound cheesy, but that is what happens when you find yourself getting excited about solving problems.

There are moments when you see the world in a new light because you've done something in a new way. It's almost as if you've acquired a superpower. This is what happens when the switch goes on in your head. You no longer see problems as a struggle: instead, you get excited because you see the fantastic potential of solving the problem.

In the early 90s, Rui lived in South Africa. He had to apply for a work visa every six months, and the process of applying for this visa was excruciatingly tedious. It could take anything up to two weeks to lodge the application, along with queuing, going back because something was missing, and sometimes a new form was introduced overnight. It was like living in a chaotic parallel universe.

At the time, Rui was co-director of The Leadership Centre in Durban. The centre was funded by the Kellogg Foundation to upskill individuals and train government employees in sub-Saharan Africa.

Systems thinking was the anchoring framework for all training - it was the beginning of SenseCatcher. Rui was using visual thinking as a way to bridge the language barriers. The participants were people from Mozambique, Angola (Portuguese), Rwanda, Congo, Seychelles (French), and the English-speaking countries.

Many of the students had to apply for student visas, and they shared a similar experience to Rui. One of the topics Rui taught was strategy, and he used scenario planning to design strategies. As you might have guessed, Rui used visual storytelling to create those scenarios. After evening drinks with the participants one evening, the group agreed that they'd redesign the visa application process and present it to the Minister of Home Affairs in South Africa.

During their research process, the group:

It was a journey through many complex stories and raw emotions.

Rui and the students ended up being the catalyst for change. A sufficient number of people in the ministry created the 'we can fix this' network, and the problem almost appeared to fix itself. Disclaimer – the status of the situation currently is unknown.

Rui fell in love with problems because of this experience. He remains in contact with the majority of those students, and they talk about their shared experiences. Like Rui, the ex-students admit they see solutions to problems all the time now. They use SenseCatcher for urban redesign, traffic management, emergency services redesign, plotting novels, and market research. The list is impressive and diverse.

Life changes when the problem-solving joy is activated.

Who are we and what we believe in

See our first significant project in 1998

All in one package to solve problems and more!

SenseCatcher is a visualization tool specifically designed to help solve problems from low to high levels of complexity.

The tool and methodology has been refined over the years and we have used it in many contexts such as:

Join us and use SenseCatcher!