How to save a business with visual problem-solving (case study)

The tourism industry contributes around US$260 billion to sub-Sahara Africa. The trend has been on a 5% trajectory growth (Brookings Institution). Although there is good money to be made, the industry has problems - ranging from infrastructure, at a country level, to the micro-level — businesses lack training in the delivery of services. This case study looks at a Game Reserve in East Africa; identifies substantial complex, interrelated problems and uses our Visual Problem-Solving approach to turn the business from near bankruptcy to robust growth.

*The name of the game reserve has been omitted and people's names changed for privacy reasons.

The Game reserve CEO, Peter De Jager, approached Rui (the architect) to design new facilities (accommodation and restaurant) for a game reserve in East Africa. The game reserve was not attracting many visitors, and their profit margins were in the red.

The CEO appointed a marketing agency to advise him on what to do to change the financial situation. The agency's recommendation was to set up a five-star resort as the differentiating factor between the reserve and other game reserves in the region. Peter asked Rui to design the new facilities. 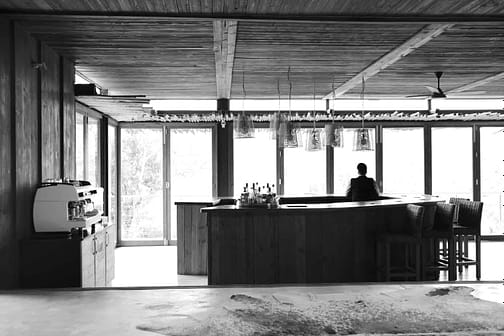 Rui knew the region very well, as he had spent much time in the area, but after visiting the facilities, he was confused with the marketing agency's recommendations. He acknowledged that the facilities could do with some upgrading, but he knew of other reserves that were in worse condition but were doing well financially.

With the client's permission, Rui decided to do a thorough investigation – he conducted a systemic analysis using the Visual problem-solving method. He spoke to a range of people – the community, management, local politicians, visitors, game rangers, vets, other game reserves in the area, and the CEO. The broad range of information collected made their way to create a visual SenseMap. Conversations, images, photos, recordings and even video footage - collectively formed a rich visual database of the findings. A clear visual narrative emerged.

The CEO's attitude was the source of the problem. For the locals to survive, the only option they had was to facilitate poachers into Peter's reserve. They dug tunnels under the reserve's fence and camouflaged them. These tunnels gave access for poachers to kill rhino for their horns and to kill leopard. The long term effect of this activity, allowed the herbivores (like deer) to become dominant in number and over-graze, resulting in the decline of their species over some time. The game reserve was underpopulated with animals. The animal population situation was not glaringly evident due to the vastness of the reserve, but there were still a few animals to be seen by the tourists. The main reason to visit any game reserve in Africa, apart from the beauty of the savannah, is to see a variety of game - especially the 'big five'. Tourists were disappointed and stayed away. The declining numbers of visitors was the main reason that the reserve's revenue was in severe decline.

After two weeks of mapping the complexity of the situation, the reasons for the dire financial position of the reserve surfaced. Communicating Rui's findings to the client and management was very easy – the visual sense map made them face the hard facts, and the 'penny dropped' when they could see all the causal relationships and what decisions had caused the situation.

Peter De Jager is an old school man. He was initially a diamond miner but decided to have a lifestyle change. He liked the region, enjoyed nature, and decided to purchase the game reserve off the Government for an excellent price.

In East Africa, dues to land sales by Government, local populations are displaced and lose access to their food sources, when the land is taken over by private enterprises and individuals such as game reserves.

The unspoken protocol is that game reserves employ people from the local community. Only one or two members of a local family need to get employment to sustain the extended family. But De Jager did not trust the locals and refused to employ any of them. After being presented with these facts, management understood the problem very clearly, making the next phases -planning and execution easy.

The strategic planning sessions were co-created and attended by management and key stakeholders (including locals). The plan was created with SenseCatcher using visual SenseMaking framework - resulting in the project called 'Authentic African experience'. Design thinking workshops - allowed the team to fast-track the process.
Part of the strategy included:

The poaching stopped (policed by the local inhabitants themselves) — a significant saving in security services. 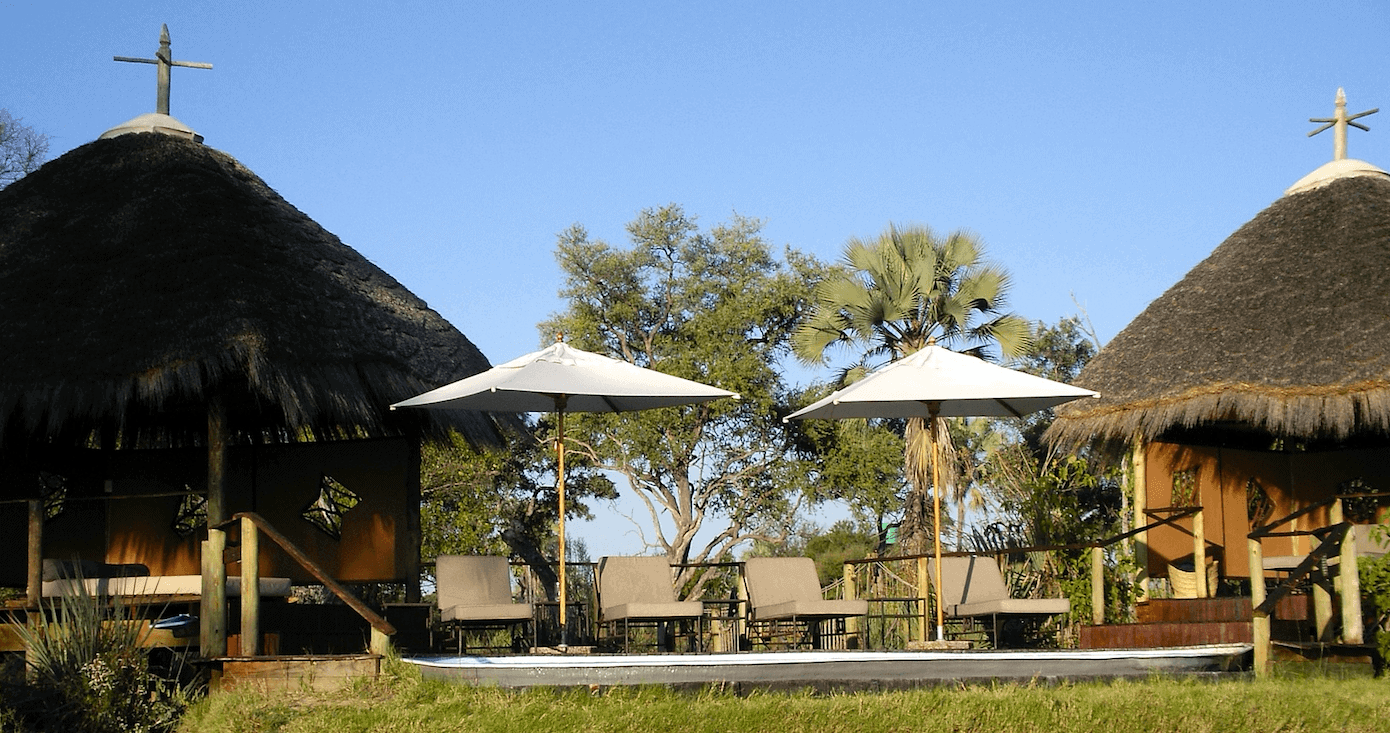 The experience involved establishing comfortable bush accommodation; a traditional menu created incorporating the multicultural traditions of the region. The food was cooked and served by the locals. Campfire stories about the traditional culture were also part of the strategy. Visitor guided educational tours and workshops included:

Within a year, the financial situation of the reserve changed into a positive revenue stream. Yes - that fast! The Game reserve won various awards for most innovative business in the country and sub-Saharan Africa. 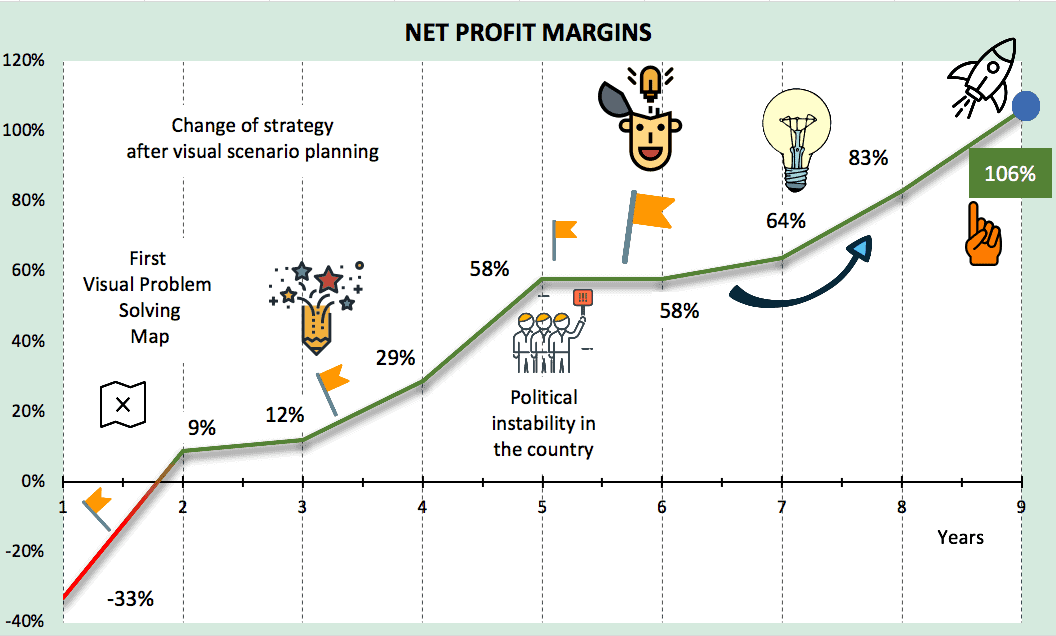 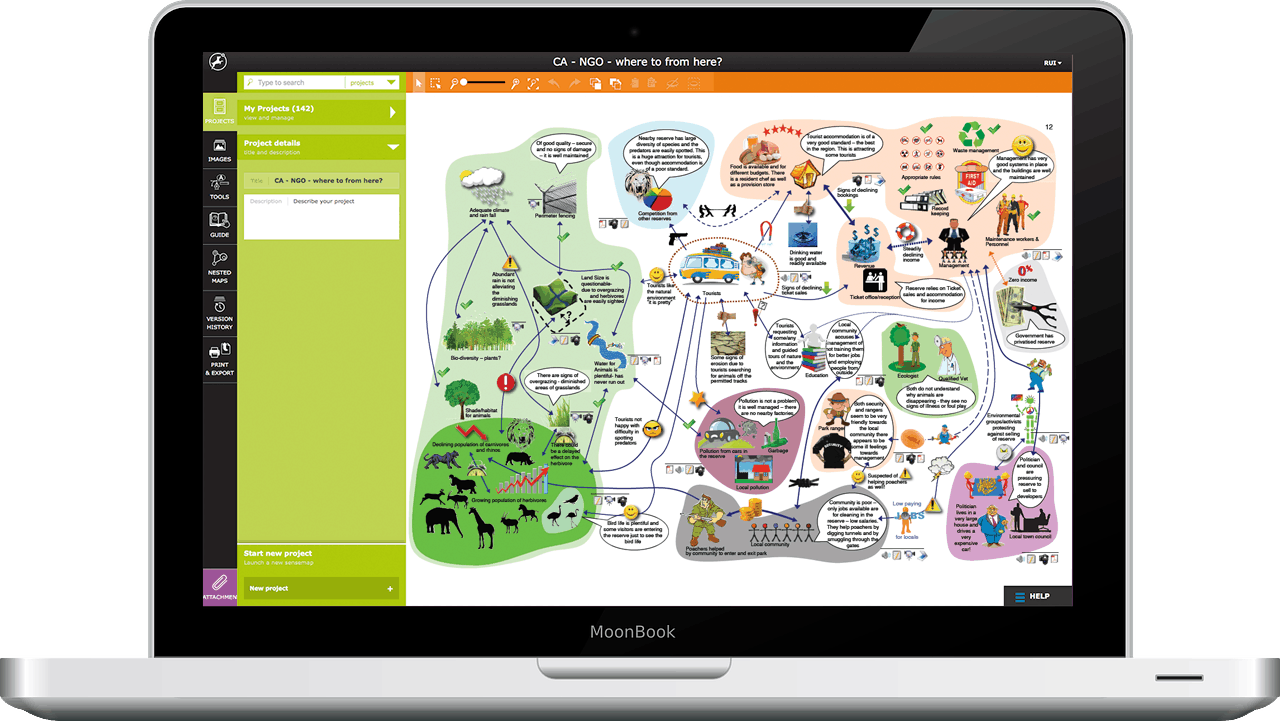 We are grateful to have trusted the visual problem-solving process. It saved our business. We now use the SenseCatcher software to keep track of the slightest changes in the business environment by updating our visual maps regularly. SenseCatcher helps us to see how the slightest changes impact us, allowing us to manage the future by being ahead of the game. It also helps us with our management processes and strategies. We use SenseCatcher for our scenario planning discussions. It is a powerful communication tool and does an excellent job of exposing the bare facts.

Use Visual Problem Solving to turn your business around!